Today the phenomenon of the tattoo is a quite usual element of human appearance on all continents. Typically, the tattoo is widely supported by popular culture, in particular by numerous Hollywood films, what, correspondingly, intensifies the popularity of tattoo in those countries – likewise, East Europe and post-Soviet countries – where it has been considered as a criminal mark. On the contrary, in the regions where the tattoo is an old and far non-original body accessory – the USA, South America, Australia, West and South Europe, etc. – the idea of a tattoo as a sign of conformism and “peacockery” is increasingly discussed. Therefore, we are to find out the main reasons why people actually do tattoos or, in other words, determine the meaning of tattoo for modern people as well as the main clichés around this phenomenon. Read this essay sample to learn more about a tattoo-culture in modern life.

The Tattoo and the Generation of Millennials 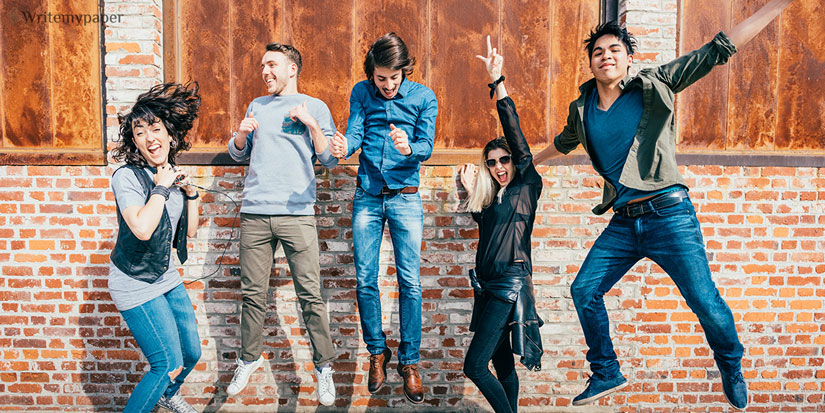 According to the recent surveys, the so-called Generation X or the generation of Millennials – the ones who were born between 1981 and 1996 – appears to be the most tattooed among all the previous ones. For instance, the blogger Tim Elmore defines three tattoo trends which can help in understanding psychological features of Millennials. All three of them anyhow mark tattooed Millennials as psychologically immature people whose emerging culture can be described cosmetic, instant, fluid and superficial. Though, Millennials are the cohort that is considered to be influenced by the era of Islamic terrorism and financial recession in early childhood, which, logically, could bring forth nihilism and political inertia. The opinion about psychological immaturity of Millennials, and their affection to tattoos as one of the markers is likely to be a prejudice which is based on the argumentation I propose below.

“Tattoo is an External Identity Instead of Internal” – Trustworthy or Misunderstanding?

The first and most prevalent argument of skepticism about the tattoo is that people do tattoos in order to demonstrate their changes in an external way instead of caring about deep inner changes. First of all, speaking about the opposition of external and internal, the supporters of this opinion do not consider the philosophy of Nietzsche and Schopenhauer who claimed the idea of differentiation of inner and external worlds in human consciousness, as the external is always the emanation of internal. And, vice versa, the internal character largely depends on the external environment. In other words, as for Nietzsche and Schopenhauer, the body and the soul or the body and the inner viewpoint always form a unity. Conducting a sharp distinction between them reveals somehow the misunderstanding of human nature and its natural ecstatic. Therefore, in this interpretation, the tattoo is much more the mark of courage and imagination rather than an effort to hide inner emptiness.

It is a well-known fact that the art of tattoo was brought to Europe and the USA by the travelers who discovered this phenomenon in the culture of Polynesian and Indian tribes. The tattoo in these cultures was the part of important collective rituals that marked initiation, maturity, self-understanding and the readiness to adulthood. In my opinion, as today we observe the crisis of rational cognition, tattoos play a similar role in the societies of the modern states. The difference is that the choice of definite tattoos in ancient tribes was connected with collective ideas about some myths and totems while the choice of one or another tattoo among modern and postmodern humans is connected with the individual perception of a myth. Furthermore, this is not only an individual perception of the myth but, more likely, an absolutely new personal myth which a person creates about themselves. Hence, tattoo in postmodern culture is a trace of the ancient ecstatic which reveals the aspiration of the youth to mythical and the aesthetic cognition of the world.

To conclude, it is here to point out the importance of observing the phenomenon of the tattoo without stereotypes, prejudices and the desire to associate it disparagingly with fashion or “peacockery.” Of course, there are those who do this because of the last reason. Nevertheless, in the present prevalence of tattoos among Millennials there is much more craving to create a new myth about their own personality and feel the unity of inner and external rather than follow a banal fashion chip.