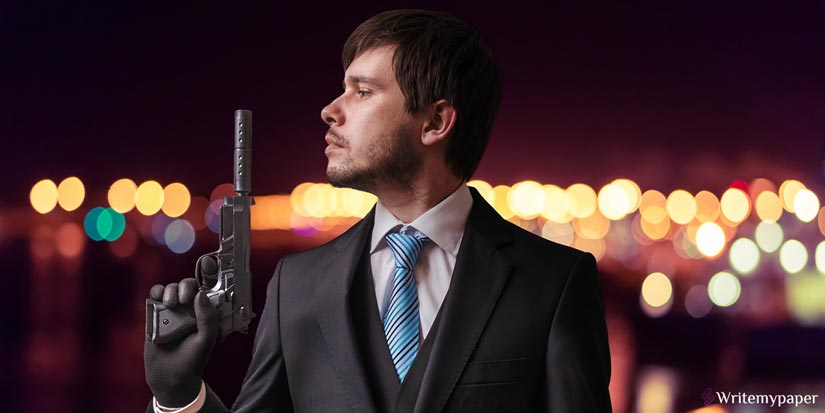 It is a great topic for debates and discussions and it recalls such a proverb 'Many men, many minds'. Many people find that everyone should have a right to hold arms in order to protect himself and other innocent people. According to their statements canceling of gun control will make cities safer and crime rate will decrease. However, are most people responsible enough to judge someone and take his or her life? That is why gun control should exist and here are several points against its cancelling.

When people are able to have weapons freely it can lead to the unnecessary violence. Indignant society can lynch crimes and it will become a cause of disorders and demonstrations. Of course, it is hard to disagree that murderers and rapists deserve a punishment, but how grave it has to be only judge can tell. Moreover, an innocent one can be killed because of victim's relatives' anger. Revenge never was the best thing; it often leads to unnecessary cruelty and disappointment.

The absence of strict gun control laws gives everyone, including unstable people, a possibility to get a gun. Just think about the amount of murders made by mentally ill ones, in case of weapons are free-to-buy this amount will increase. Furthermore, even groups of people can suffer, kids in school or people in the mall, all of them can become victims of mad forearmed person.

Despite the main argument of gun control opposers is that keeping arms at home will protect people from murderers and robbers it is not that easy. Many families suffer from domestic violence, reasons are different, but a result might be the death or trauma of family member. The fact that weapon can be used not only as protection from thieves is real and many similar cases happened. So is it really safe to let problem families to have a gun?

Teens Can Get It

Did you see that news report about shootings at schools? With cancelling gun control law the amount of such cases will definitely increase as it will be much easier to get arms even for a teenager. As a result many other kids or family members can suffer. The youth is irresponsible and unstable as a rule so simple catty joke or prank can become a reason why child starts shooting.

Nevertheless many people think that if guns will be free-to-buy there will be less crime it is not clear. Human`s factor should be counted as well. Imagine how many people will be murdered because of simple rage, jealousy, heartburning and so on. In addition for lawbreaker it will be much easier to get a weapon and it is fondly to claim that greybeard with revolver can stop him.

Finally, states there are no strict laws about gun control have more cases with domestic murders or injuries and a lot of people die because of handguns. Still it is a big question if allowing to get arms freely will decrease crime level. From moral side of the issue laws should forbid it to avoid lynching and violence.