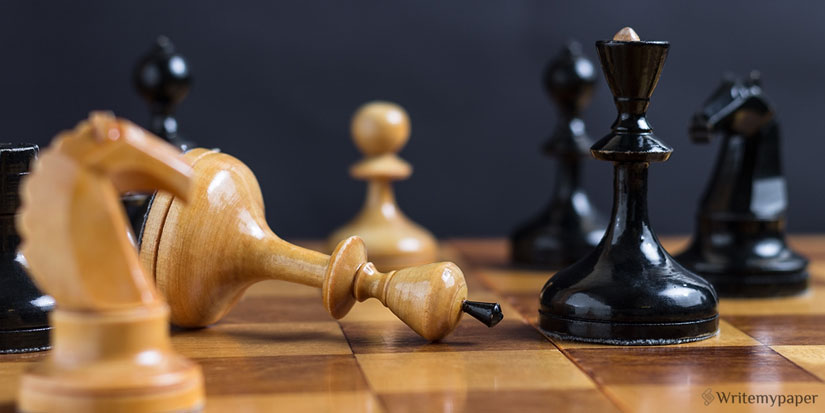 All the men and women are merely players. Quite a familiar quotation, isn’t it? Yes, you’ve definitely heard it. Okay, your mind is getting closer and closer to the right guess. Shakespeare! Of course. It looks like this ingenious playwright had known something more than three centuries before game theory was developed.

Yet the introduction of game theory as a unique field is credited to John von Neumann. If you study math, your professor might have told you about his contributions to geometry and functional analysis. If you study physics, you might have come across his achievements in quantum mechanics. If your major is computer science, you might have learnt something about Von Neumann architecture. Probably it was his wide sphere of interests that enabled him to come up with the mathematical theory destined to get applied in various domains.

Although game theory shouldn’t be considered a universal way of knowing, it still can elucidate the whole range of complex economic, political, and social phenomena. Apparently, the theory has more than one interpretation, but all of them originate from its basic definition.

Here the term “game” should be understood not as a competition or entertaining activity but as an interaction between two or more intelligent and rational decision-makers within a particular situation. This interaction may imply either cooperation, conflict, or any other pattern of human relations. Some researchers call game theory the science of strategy because “players” are involved mostly in competitive circumstances and have to make independent decisions in strategic setting.

Initially, that is in 1930s, this theory addressed two-person zero-sum games. In such zero-sum situation the gain of one “player” is equal to the loss of the other. Simply put, when you play chess or tennis with your younger sibling, you play a zero-sum game: in case one of you wins, the other loses – there is no third choice. Otherwise, you would play a non-zero-sum game.

Modern science has turned game theory into an umbrella term for the study of general logic of the decision making process not only in humans but also in animals, and even in machines.

Broaden the Definition with Empirical Evidence 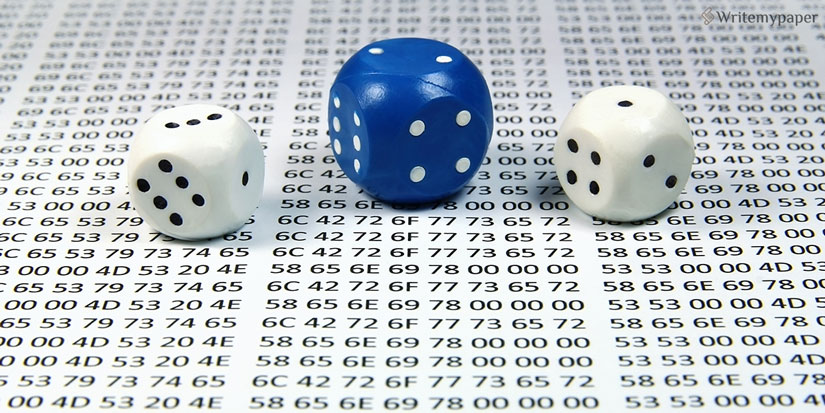 As long as the healthy functioning – and the very existence – of any domain is literally impossible without human interaction, it’s not difficult to understand why originally mathematical theory now applies to various patterns of behavioral relations. From the philosophical point of view our entire society lives according to such game principles. What’s more, it could have never been formed but for the human need for cooperation – or for the game in the broad sense of the word.

Below you can find a few examples of how game theory works in practice. If you’d like to learn more about it, we recommend you reading this article from Stanford. It will be a good reference for your essay.

Game theory helps to model, study, and improve competing behaviors of two or more agents interacting in the economic and/or business context. For example, its applications can include such economic phenomena as bargaining, auctions or social network formation.

The game in this sphere features multiple variations, and the game theory aims to explain all the complex patterns of interaction – from that between state and public to that between two countries’ leaders.

Generally, the theory focuses on such overlapping areas as fair division of goods and resources, public choice in the form of interaction between voters, bureaucrats and politicians, war bargaining and its efficiency, etc. Game-theoretic explanations for stability of political government, for democratic peace, for the probability of wars or for the nation’s reaction to a new rule can provide political scientists with better understanding of the nature of power and the ways it manifests itself in different circumstances.

Probably, it would be too optimistic to believe that this understanding could once help us solve most if not all of thorny political and economic issues of today. But there’s hope while there’s life, isn’t there?

It would seem strange if game theory hadn’t applied to these spheres. Nowadays it’s impossible to overestimate the huge role it plays in computing, logic, and AI. The theory has provided the solid foundations for developing the field of multi-agent systems, modelling interactive computations, and creating online algorithms. By the way, the latter are widely used in information technology to discover symmetries and balances in various markets, peer-to-peer systems, and games.

In terms of artificial intelligence, game theory is expected to answer the question how two (or even more) different but more or less equally intelligent systems will interact in an asymmetric game. It’s a particular situation where strategies set for “players” aren’t identical and where “players” operate with different motivations.

For example, the research by the company DeepMind, now acquired by Google as a part of the Alphabet group, is based on studying the two systems’ behaviors in their playing board games and Leduc poker.

Here game theory is used to develop philosophical account of social convention and hence social contract, provide reasonable analysis of common knowledge, partly as the result of human interaction, research into the conflict between individual’s morality and self-interest, as well as give explanation and solutions for a wide range of other complex political and social challenges.

Game theory is a convenient and rational hypothesis but it’s far from complete. It still demands more thorough research at the intersection of many fields of human knowledge, not just math or philosophy. At the same time, game theory has proved to be a reasonable approach to studying relations strategies and inventing effective ways to optimize them in local and global context.