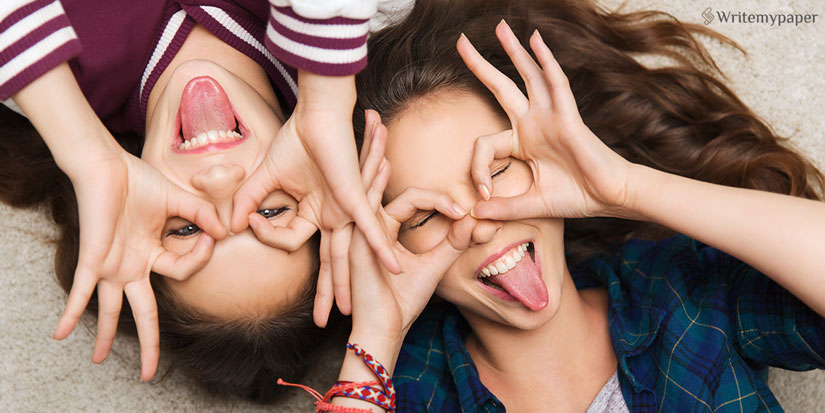 However exhaustively numerous dictionaries define this word, each of us will definitely add something original, something very personal, to it. Whatever we add to the original meaning of friendship (let’s assume that it exists), it just can’t be wrong. This type of human relations comes in all possible shapes and sizes. So, if you are lucky to be someone’s true friend and to have one or more true friends, your personal understanding of the bonds between you and this person (or these people) is as correct as that of the most progressive psychologist.

Hopefully, that sounds motivating enough for you to start writing an essay about friendship for the tomorrow’s class. But while your classmates are rewriting the definitions from Wikipedia or Britannica and describing their best (or ideal, or imaginary) friends, you can go more creative and write about friendship in different cultures.

In the conclusion of your essay you can mention which cultural interpretation can best describe the relations between you and your friend. By the way, this interpretation mustn’t come from the culture you were born to – you are free to express your personal, non-traditional opinion provided that it contains no bias against other cultures.

Check out these ideas and choose the ones that perfectly complement your own views.

Americans are well-known for “categorizing” their friends. They have college friends, colleagues, neighbors, but mostly they don’t attach much significance to the degree of intimacy in the relationships with these people.

What really matters to an American is family and career. But an invitation to a family party or a small talk at a coffee break shouldn’t be viewed as signs of an American’s special favor to you.

Friendliness and politeness are the two standard, and impressively effective, strategies for maintaining communication with different people in different environments, at least from American cultural and ethical points of view. At the same time, this society values orientation towards personal success, encourages individualism, and even nurtures healthful selfishness.

So, if you really want to be a real friend to an American, you’d better just go your own way beside this person. But don’t forget to say “Hi! How are you?” and put a maximally sincere smile onto your lips when you happen to bump into them.

Modern Chinese understanding of friendship may shock you if you are fond of all those nice classical quotes about the importance of having firm friends, about the beautiful unselfishness and self-sacrifice of real friendships, and so on and so forth.

On the other hand, the Chinese view on such a relation can still be accepted and even respected because of its, well, straightforwardness. Here is why.

If you dare consider yourself a friend of a Chinese person, it means you are useful to him or her. The bond with you brings certain benefits to that person. As long as your personal knowledge, skills or social connections can help your Chinese friend, you can count on them either. And that’s where we should give the Chinese their due.

They tend to be grateful people, who don’t forget the favors you do to them. They will help if they know that once somehow you’ll also stand them in good stead. The more often you need each other, the better your relations get. Although that can hardly be considered a friendship in its Western sense.

But if we put aside all our phony morality, we’ll see quite clearly that in most cases mutual benefit is a determining factor in maintaining healthy and strong relationships between humans. The Chinese just highlight that this benefit should be material.

The Japanese style of friendship may be compared with the American one, with the exception of American polite openness towards foreigners. The Japanese might look not very hospitable to people of other nationalities, especially from the Western World, but the main reasons for that are just language barrier and innate shyness – no ignorance or bias.

It isn’t commonplace for the Japanese to share joys and sorrows with people outside their family circles. Plus, this is a nation of intelligent workaholics, so probably mutual respect of each other’s personal spaces, in every sense of the word, only contributes to the whole country’s advancement and social stability.

Japanese cultural traditions also have a great impact on relationships between people. The distances between them can be determined by age, gender or seniority.

That isn’t good or bad. That’s just the way these people live within their communities.

So, a friendship for a Japanese person is very likely to lie in following the traditional norms of behavior respectfully and in mutual understanding of the limits of each other’s privacy. 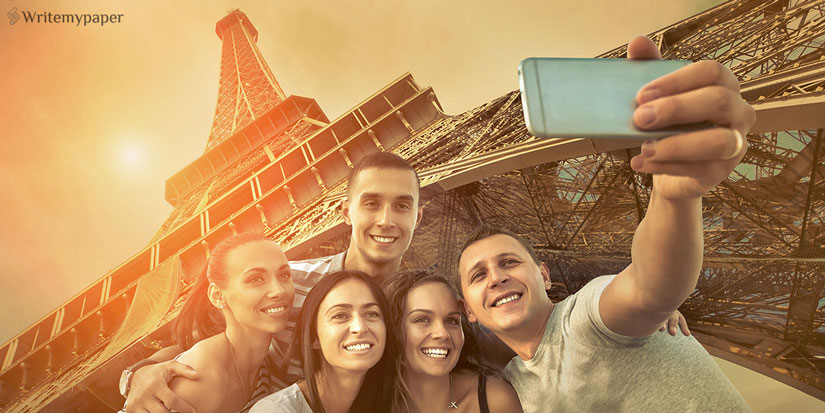 It takes the French some time to become true soulmates. But once this happens, and they feel they can call each other friends, their relations turn into the example of intimacy to follow.

No friends’ meeting can go without a klatch at a cozy cafe. Sadness and despair can never resist French optimism when it’s applied to cheer up a good friend. And although it may sound somewhat stereotypical, but a glass of wine served even before you say “No, thanks, I’m at the wheel tonight” proves to be a good tool of French friendship.

At the same time, the French won’t feel hurt if their friends haven’t contacted them for ages. But if you remember about your soulmate before Christmas and decide to send them a nice card, don’t expect to get any feedback. They will love your present, they will fall asleep thinking about you, but they may not reply.

A French friendship doesn’t aim to bind its “participants” together forever. But it always comes in handy when at least one of them needs it.

The beauty of a German friendship is its frankness. Germans are known for their directness in personal relations. But this quality does deserve respect: in some cases it’s much better than friendly politeness concealing utter contempt.

Germans like traveling with friends, which is actually a perfect way to know them better. They bring cakes to celebrate birthdays with colleagues at the office. And they really like entertaining, though their idea of “hanging out” might surprise with their habit to have lunch at an outdoor cafe in December or with the choice of a nightclub where there’s no room to dance foreseen.

Like the French, Germans also tend to keep the distance for quite a long time before they agree to make true friends. There’s no point to hope even for a small talk with a German if you aren’t in his or her friends’ list. But as soon as you are there, get ready to enjoy both care and straightforwardness.

Their citizens’ attitude to friendship keeps amazing the world. To them having a real friend means more than just spending some good time together at a cafe or helping each other with some formal paperwork in public services.

Friends in these countries share their own pains and successes, as well as those of their colleagues or acquaintances. It’s not typical for them to say no if their FRIENDS ask them to do any favor. However, they can easily refuse to aid if they don’t consider someone as a friend. Their friendships remain warn and strong for dozens of years despite whereabouts and other life circumstances.

To a greater or lesser extent, friends’ relations in these countries may be compared with the Chinese model we’ve mentioned above. But those who are lucky to be friends of a Russian, Ukrainian or Kazakh can say for sure how selfless and generous such friends are.

So, which cultural definition would best support your personal opinion on friendship? Don’t forget to mention that in the conclusion. Good luck!

And you want to learn more about this wonderful human phenomenon, check this article.